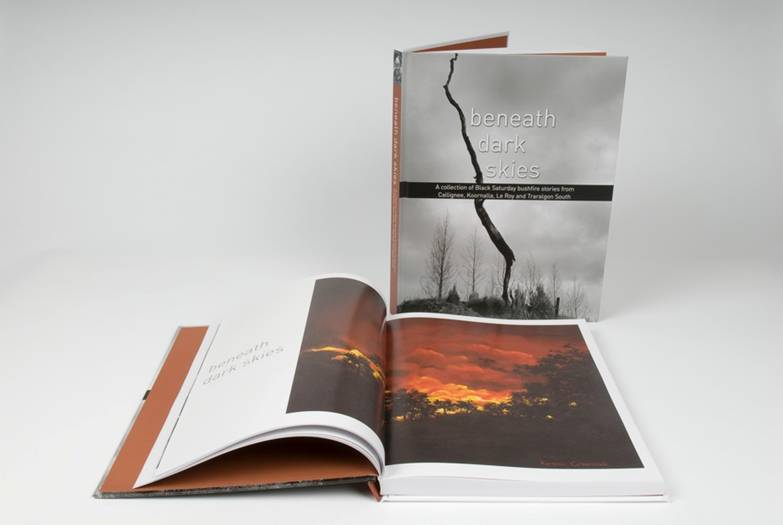 Why it is sometimes okay to make a shameless plug

Today I am making a shameless plug.

I’m asking you to consider spending $25 to buy a copy of my recently published book, Beneath Dark Skies, to support people trying to rebuild their lives after the Black Saturday bushfires that happened three years ago last week.

I am totally prepared to make this plug knowing that 100 per cent of the book price goes to the Traralgon South Community Fund. In fires believed to be started by arson, 11 people died, 220 families lost homes and hundreds more suffered fire damage in that region alone.

Black Saturday bushfires devastated Victoria – the ripple effect was enormous, impacting people throughout Australia and around the world.

Since then, floods have hit Queensland – more than once – and earthquakes have crippled Christchurch and Japan. Both in this country and around the world, regions have had more than their fair share of natural disasters.

I spent well over a year interviewing people who were hit by the Black Saturday fires in the Traralgon South region and was struck not only by the personal loss, but also by the impact to businesses.

It’s hard enough to run a business without facing any external issues such as natural disasters or crimes committed by others.

There are many steps we can take to support individuals – and businesses – who have been impacted by unforeseen circumstances.

And just occasionally, a shameless plug is called for.